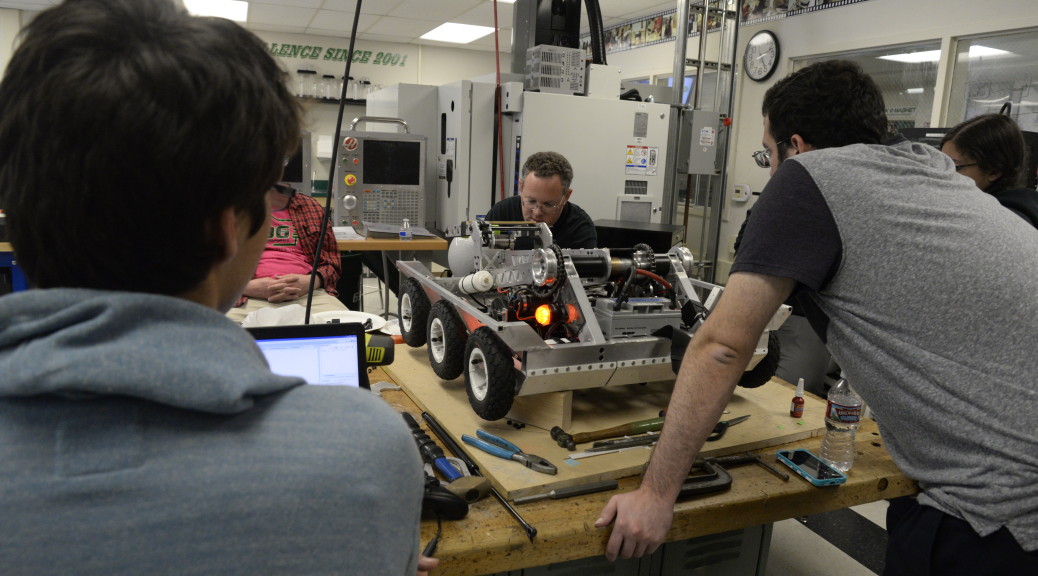 Sunday, three mere days before the Ventura competition. Team 696 is down to a skeleton crew, as there’s mostly driving practice and robot improving happening.

Daniel of Programming continues to drive the Practice Robot in preparation of driving Banshee. He takes any chance he can to improve his capabilities, even though he’s already really good at it.

Business member Nicole printed out some materials and bound them together. She also started putting together the team’s standard or flag.

Dustin from the CNC Mill team cut out some stock and Pivot Plates. He then patiently waited for the next operation to come, but it never did. He was done machining for the day.

Karin patched up the red bumpers as they had been ripped up from Snapdragon who had been playing the part of a defensive bot during practice runs. She then joined Mr. Black, Dr. Clause, and Dr. Stone on improving the shooter mechanism. They also changed around the wheel configuration to try and find a better configuration so it wouldn’t get stuck or tip on the defenses.